Now, when Irving kids go on to high school, like the one where I work, a few blocks away the teachers find them to be able readers, fluent writers, and skillful collaborators. Obviously, any school improvement this dramatic must have many components and causes. Where do the other kids go? To browse, sample, and pick books, to read, alone or in groups, silently or aloud; to learn from teachers in mini-lessons before group meetings; to debrief processes and problems after book clubs; to bring in special people who can enrich their experiences with books, and to gather periodically share and celebrate books.

And the teachers have the latitude, indeed the encouragement, to invent their own variants of Lit Circles, for themselves and their students. Sure, Irving is an ideal situation, with a near-perfect alignment of progressive leadership and dedicated teaching. Compared with the all these assets, strengths, and constructive trends, the problems with literature circles seem relatively minor and mostly solvable.

Assessment mania. Probably the most malignant influence in education today is the testing frenzy that is misdirecting our school system from top to bottom. In the name of accountability and standards, people mostly from outside the educational system read: politicians are mandating that teachers and students spend more of their time on "standardized" tests that distort instruction, mis-measure kids, reward economic advantage and punish cultural difference. When you are working in a city school system like Chicago, where many black and Hispanic kids, for several dozen perfectly understandable reasons, consistently score in the bottom half, bottom quartile, the bottom decile of these discriminatory and meaningless tests, it can get pretty discouraging.

When you see students in the lowest-scoring schools spending months, repeat months, studying test-coaching booklets and filling out sample tests instead of actually reading anything, you realize that the tests have literally become the curriculum. For the schools with the lowest test scores, the test results ensure that the kids will never get what they need, which is books, experiences, conversations, ideas, interaction, and learning.

So how does this testing mania affect literature circles and similar progressive, student-centered classroom practices? At the most superficial, level it increases pressure to grade everything. Indeed, in workshops one the most urgent and frequent questions teachers ask is: "How can I get a grade out of this? On a wider scale, excessive testing threatens all our time allocations. While we may know kids who join Literature Circles over extended periods of time will acquire vocabulary, build concepts, practice inferring, and a dozen other key reading skills, the effects are indirect.

Book clubs look like the long way around to higher scores. Terminology drift.

In education, we have a recurrent problem that might be called "terminology drift. There are originators, there are definitions, there is literature specifically describing the practice. In "writing workshop" the innovation was outlined back in the late 's by authors like Nancie Atwell, Don Graves, and Lucy Calkins.

They identified the key, defining features of workshop: student choice of topics, a big chunk of writing practice time, teacher as mentor and coach, a process approach featuring formative conferences, using peers as editors and collaborators, helping kids to develop a portfolio of ongoing work, and so forth. Then the idea of "writing workshop" starts to spread around the country.

It gets popular. The term "Writing Workshop" just trips off the tongue. It sounds good, current, with-it. Suddenly, there are teachers who call it "writing workshop" when they assign kids to write a five-paragraph theme on the color symbolism in the Scarlet Letter or a story titled "How it Would Feel to Be Butterfly. And the same thing has happened to Literature Circles, big time.

Today, it seems that any time you gather a group of students together for any activity involving reading, you can go right ahead and call it a Literature Circle. There are even traditional round robin reading groups being called literature circles, even though this is about as antithetical an activity as you could imagine. Now, this is dangerous territory for me as a proponent of literature circles. I once saw a Very Famous Educational Author fall into this trap at a professional conference, and it was not a pretty sight.

He looked out at a packed ballroom of adoring teacher-acolytes, with overflow participants sitting on the floor, standing against the walls, and clustered around the six propped-open doors. A pall settled over the room as teachers silently scourged themselves for squandering the gift. Observing from the very back of the room, I started to wonder whether these shamed disciples were really the problem. Maybe the guru was having trouble letting go of his baby, of allowing the second wave of his idea to happen. I have tried to keep this lesson with me as I become more and more identified as the Lit Circle guy.

I try to remember to count to ten when I see the advertisement for the another dollar compendium of handy-dandy role sheets. If people don't know what the thing really is, they can never try the real thing. And if they think the things they have always done are really the same as the latest thing, what's the reason to experiment and change? In this second edition of the book, long about chapter three, I will again define, with even more care than the first time, exactly what a literature circle is and what it is not.

Among the most popular features of first edition were some little handouts called "role sheets.


Back in , when the first edition of this book was in manuscript, one of the outside readers predicted that the role sheets were likely to be misused, and might end up stifling interaction in student groups instead of nurturing it. It turned out that the reader was right: in too many classrooms, the role sheets became a hindrance, an obstacle, a drain -- sometimes a virtual albatross around the neck of book club meetings. What had been designed as a temporary support device to help peer-led discussion groups get started was actually undermining the activity it was meant to support.

The rationale for role sheets still makes sense. When students are first learning to operate in peer-led discussion groups, many teachers find it helpful to offer some intermediate support structures to ease the transition. That's how we started assigning a different, rotating task to each group member -- setting a cognitive purpose for the reading and an interactive one for the group discussion. Each of the roles was designed to support collaborative learning by giving kids clearly defined, interlocking, and open-ended tasks.

And the sheets also enact a key assumption about reading -- that readers who approach a text with clear-cut, conscious purposes will comprehend more Keene and Zimmerman, So the role sheets had two purposes: to help kids read better and to discuss better. But, glorious rationale or not, "role sheet backfire syndrome" has turned out to be disturbingly widespread. It seems like the kids just go around the circle, reading their role sheets one after the other, and never get into a real conversation.

Kids are giving us the same warning about role sheets, if we will listen. A class of fifth graders in Maine tried meeting both ways, with and without role sheets. I think that we had better conversations without the sheets in our hands. We were able to say what we were thinking right then instead of what we wrote when we thought of it as an assignment. When you have the papers, you are too lazy to think. But without the papers you are thinking hard to know what you wrote, and then suddenly something else pops up. I think we had better discussions without the role sheets.

In my opinion when we had our sheets the discussion seemed a bit dull. Now, when we used only our books the discussion seemed to flow a lot better. I think this happened because it is just like a music concert. If you are reading a sheet it sounds groggy, but if you look up it will be clear and smooth. I think we had better conversations without our role sheets because we think of fresh ideas instead of trying to figure out what to say.

I think we had better conversations without the sheets because we made up better things as we went along. I just read, and read. It was exciting. I just kept going.


It wasn't until a few days had passed, that I realized these latter students had not finished their respective books. They were bored with their books and just started new ones. I also think that these students did not want to appear to be slow readers, so to have a new book already in hand gave them a sense of being among the more capable students.

Soon several students were openly bragging about the number of books they had read. Lyle, I've read two whole books already," said Ace, on the fourth day. His teacher had said he had never read a fiction book. And so the race was on. Keeping the students interested in the discussions proved to be difficult. Although some mature, responsible, and capable girls were able to carry on no matter what the others were doing, they were interrupted by social dilemmas that developed.

As students changed books they were without a discussion group. Thus, they wanted to join a group that was discussing the novel they had just chosen. The problem then became one of group social dynamics. Group members had become understanding with each other.

Their discussions ebbed and flowed as they questioned and pondered meanings and predicaments. When a new member was admitted to the group, the dynamics were jostled and stretched causing several dilemmas. Some students complained, "Mrs. Lyle, she hasn't read as much as we have," or, "She's bossy and won't let me have a turn.

All these difficult social interactions surprised me. They had not been mentioned in any of the literature I had read. 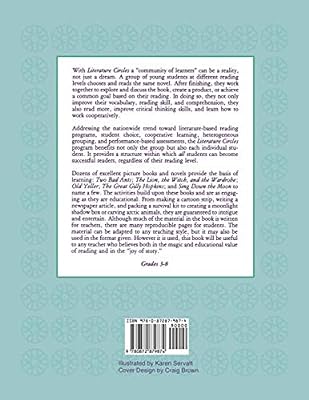 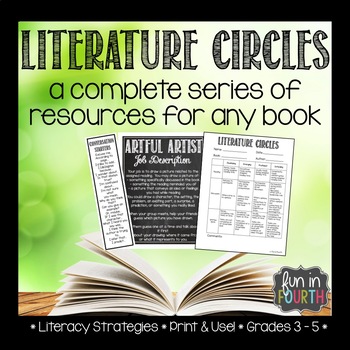 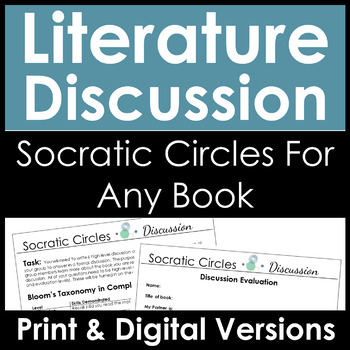